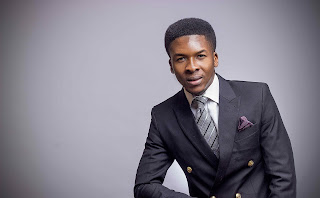 Born December 18th, 1989, Pastor Emmanuel Iren is the Founder and Lead Pastor of Celebration Church International, with its headquarters in Abuja. He has a passion to partner with people for their progress and joy in the Christian faith. Pastor Emmanuel got married to Pastor Laju Iren at the age of 24, and they are blessed with two beautiful daughters.

Pastor Iren has a knack for simplicity in his teachings and you will usually find every sermon relatable.
His ministry is totally sold out to raising saints who are grounded in the knowledge of Christ and well-equipped to take on the work of ministry; which is  the spreading of the Gospel.

PIE as he is fondly called, is a graduate of Building Technology from Covenant University. He went on to obtain a “Master of Business Administration” degree at the University of Lagos. His educational background and knack of business generally have found expression in a couple of private business endeavors of his.

As a spiritual son to Pastor Chris Oyakhilome, Pastor Emmanuel Iren received his ministerial calling while as an undergraduate at Covenant University In 2008, he began ministering to people. He began a fellowship known as Triumphal Youth Fellowship still while on Campus and the fellowship grew to later become a ministry of its own (Life Triumphal Church). He inaugurated the first campus of the church at the age of 22 years. The inauguration was on the 1th of November, 2012 at the Emsquare, Ijegun. Later in 2014, the church was named the Celebration Church International.

He is the Lead Pastor and Founder of Celebration Church International , where he lives out his ultimate passion to see people established in the knowledge of Jesus Christ. Celebration Church has vibrant branches in Lagos, Abuja and counting. Besides Celebration Church, He also oversees two other ministerial expressions namely, Manifest Bible Course- an interdenominational bible training school and Triumph30 devotional – a daily devotion platform setup to help people develop a culture of devotional prayer and bible study.

Emmanuel Iren is also a songwriter with over 12 songs to his credit, including Light Up the Way featuring Eben. He is the founder and principal songwriter for Outburst Music Group – a Christian record label committed to creating Christ centered music. The debut album titled Kerygma was launched December 2017. Pastor Emmanuel Iren also recently featured in Odunayo Adebayo's hit song titled Zoe

Pastor Emmanuel was recognised by the YNaija church 100 as one of the 100 people that has made a great impact in the body of Christ in April 2020. Pastor Emmanuel Iren is married. He got married to his wife in November 2014. Laju Iren and they are currently blessed with two lovely female children - Ruby-Grace and Nadia.