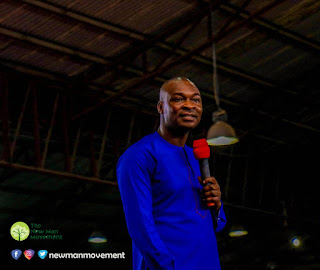 Born on the 25th of June, 1980, Apostle Joshua Selman Nimmak is a deep teacher of God’s word, and the founder of Koinonia (Eternity Network International).

Apostle Joshua Selman hails from Jos, Plateau state in Nigeria. He was however raised and schooled in Zaria, Kaduna State.

He received an early calling to serve God and got born again as a child, during a Sunday School session. In his Secondary school days, God brought a mentor his way who helped him draft a quiet-time time table and also taught him the basics of Christian character. The supernatural manifestation of Gods power in his life not only attests to the fact that his call is genuine, but that he is a product of diligent study of scriptures and encounters with the Holy Spirit.

This really helped as he had complex issues and also the challenge of how to reconcile his dreams with all he was seeing around him. Therefore, he was opened up to the motivation that he needed as he really loved God. He then began to pursue God truly and sincerely from his heart.

As a teenager, his unwavering love for God even at the time caught the attention of a lot as he had an inclination for spiritual things. Growing up, Apostle Joshua Selman was always found alone reading and studying the bible diligently while his peers were playing. That helped in preparing and shaping him for the task ahead.

Shortly, he received the baptism of the Holy Spirit after and thus began his ‘journey’ to the realm of the supernatural. Himself and four other friends began to do the extraordinary in their school by simply applying their faith. Amongst other miracles, this birthed the healing of a stammerer.

Along the line, some of the things he walked in were called heresies. This made himself and his friends backslide but that changed by the encounter he received on the 2nd of December, 2002 where someone tapped him on the hand while he slept and as he awoke, he knew it was Jesus though he couldn’t explain how he knew. This was his first encounter with Christ. He then began to cry profusely as he rededicated himself for the Master’s use.

Record holds that he had a dream in which he was ministering in the university and also started having encounters with heavenly personalities and notable apostles of God. Thus, it is only right to say that he  already had an idea of what was waiting for him before he stepped his feet in the university.

Not much has been documented about his primary and secondary schools but he had his tertiary education at the Ahmadu Bello University, Zaria, Kaduna State, Nigeria where he studied chemical engineering and also had the opportunity to begin his work as a minister of God as an undergraduate preaching and sharing the gospel to fellow students in school with the help of his friends.

Apostle Joshua Selman’s ministry started when he was on campus – Ahmadu Bello University, Zaria. While in the University, his hunger for God grew. He would often go to the dam to pray and ask God to reveal to him his purpose in life.

One night, he had a vision in which he was standing in front of a tower that looked like one of the University hostels, suddenly, he saw a sea of people having no end. They were all crying and sobbing saying there was no food and water. He immediately felt immense compassion for them.

In the vision, it became like he had the key to their solutions and they affirmed that he was the reason they were where they were. He then told them he was coming to rectify that right away after which he woke up.

This was when he knew that God had called him to be a preacher and a minister. His most dramatic encounter was when Jesus Christ Himself appeared and stood before him. All Jesus did was stretch His hand towards him and a great beam of light came upon him.

That encounter brought a level of anointing and understanding into his life as he began to have extraordinary insight into the Word like never before. Along with his friends, Apostle Joshua Selman maximized the privilege they got to share with their fellow students the love of Jesus Christ. They continued in that trend and preached at every program that they were permitted to.

Apostle Joshua Selman was heavily used by God during his university days in prophetic, in healing the sick and performing miracles. In the light of his discovery of the powerful anointing upon him and following the leading of the Holy Spirit, he founded the Eternity Network International (ENI) in Zaria, Kaduna State in March 2011. The ministry organized a program named KOINONIA in the same year. The term Koinonia is a Greek word which literally translates to “communion or intimacy”.

Apostle Joshua Selman has been mentored and influenced by a wide number of heavily anointed men of God. He best describes himself as a product of many graces, anointing and divine impartation. This is seen when he talks about the different men of God that have at one time or the other imparted his life including Benny Hinn, Bishop David O. Oyedepo, T. L. Osbourne, Reinhard Bonnke, among others.

Also, as regards Apostle Joshua Selman's immediate family, we can only tell of his biological mother whom he often mentions in his ministrations. She celebrates her birthday yearly on the 24th of August. 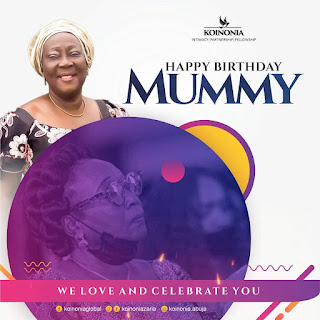 Koinonia was established with the sole aim of serving as a medium of reaching out to God with worship, love, miracles, sharing, listening to the word of God and experiencing the true intimacy with the Holy Spirit. It is a weekly program slated for 5:00pm every Sunday of the week and is hosted by  Apostle Joshua Selman.

Koinonia's cardinal mission sets it to;

Also the core values of the program are faith, anointing, evangelism, character, intimacy and fellowship, purpose and kingdom, love. and prosperity amongst other spiritual and Bible guided principles

You can access Apostle Joshua Selman's messages and sermons from 2012 up till date here. These messages were uploaded to the official Koinonia Blog using Google drive and we have only extracted the links here for easy download. According to our blog policy here, we do NOT upload any files that we have no copyright to and in most cases, we only link to web content as provided by the original sources. That said, Apostle Joshua Selman sermons include

As believers, the devil still comes around, trying hard to frustrate our lives and see if we can tu…