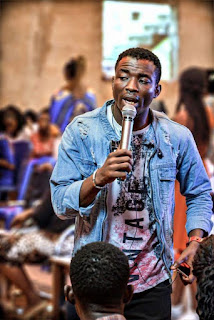 Minister Theophilus Sunday is a popular Nigerian gospel minister and singer. He is a unique minister of the Gospel with an unusual anointing.
Theophilus Sunday is renowned for his gospel chant songs which is identical to that of Evangelist Lawrence Oyor. His songs are spirit-filled and stir every listener's hunger for God. 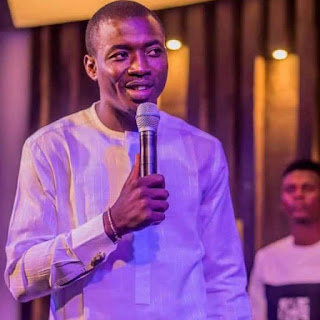 Theophilus Sunday was born on the 9th of May, 1987 in Dekina, Kogi State, Nigeria. After completing his primary education, he enrolled at Ochaja Boys Secondary School, Ochaja, Kogi State for his SSCE.
He proceeded to the  Kogi State University (KSU), Anyigba, where he obtained a degree in Theatre Arts. He thereafter enrolled for the National Youth Service Programme (NYSC) on 5th November 2012, completing the scheme on October 10, 2013.
Minister Theophilus Sunday is one of the renowned gospel ministers in Nigeria. Like many other gospel ministers, he is known in the Christendom for the impacts his songs have made in the lives of people. He has been to various gospel events and churches in Nigeria, spreading the gospel through his music. He has also been invited to several higher institutions in the country.
Not much is known about Minister Theophilus Sunday's relationship life, but he isn't married yet.
Minister Theophilus Sunday has released a good number of songs since his debut. Some of them include: